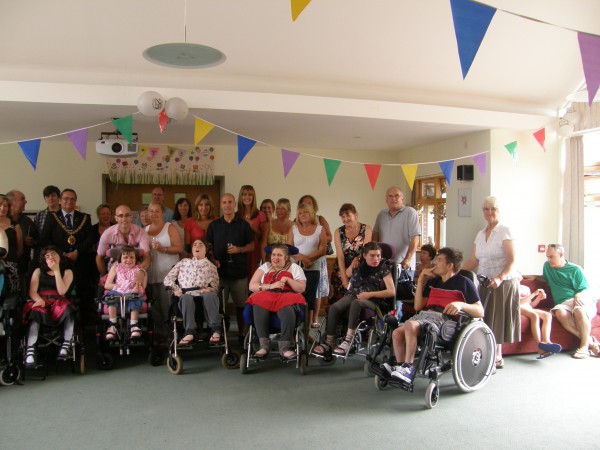 As promised, our Garden Party in Hastings to celebrate our 25th Anniversary was every bit as good as our party in Deal.

Despite a brief shower, the weather was great and around 50 people including residents, their families, staff, volunteers, supporters and one or two local dignitaries joined the celebrations.

Jo laid on a magnificent buffet and made a beautiful birthday cake to mark the occasion, which was decorated by support worker Jodie. Guests were treated to garden games including croquet, a giant Connect 4 and Hook-a-duck, and a four piece band kept everyone entertained.

Mayor of Hastings, Councillor Alan Roberts, not only came along to the event but was kind enough to say a few words on our behalf.

Guests could also take a look at some original Martha trust photos, a timeline marking our history and our new DVD which can be seen on YouTube.

We’d like to thank everyone who joined us on the day and helped to make our 25th Anniversary such a wonderful success.