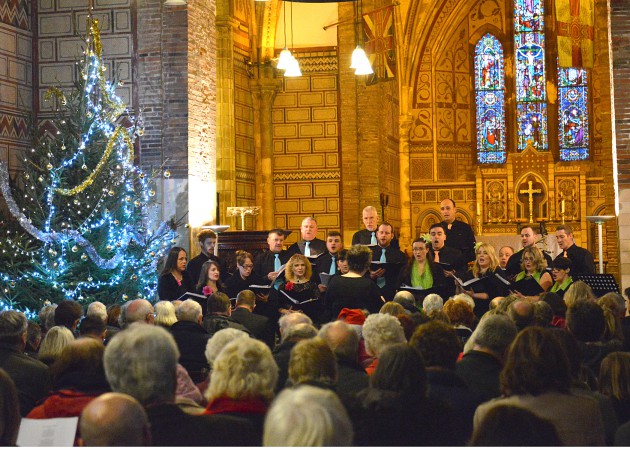 P&O Ferries Choir presented a £1,000 cheque to Martha. The money was raised from their Christmas Concert at Dover Castle’s Saxon Church which was held in aid of Martha and the RNLI.

They have enjoyed a whirlwind year since winning the BBC TV series Sing While You Work last December.  Performances have included taking to the stage with Britain’s Got Talent’s Susan Boyle and the Royal Philharmonic Orchestra at the Leeds Castle Classical Concert, and another in front of 40,000 people in Hyde Park for the BBC’s Last Night of the Proms.

They brought their 2014 programme to a close with a concert at Dover Castle’s St Mary in Castro church on the 18th December.

Afterwards audience members were invited into the castle keep for mince pies and mulled wine and further entertainment by an ensemble from the award-winning Blossom Street.

Choir member Stacey Young said: “Our first public engagement after winning the series was in Dover at the very start of this year and we wanted to close it out on home ground, where we’ve enjoyed so much support.”

The choir have also committed to sing at our 2015 Summer Prom to be held at The Salutation in Sandwich, home to Gogglebox’s Dom and Steph, on Sunday 19th July. Tickets are due on sale in February. To register your interest please call 01304 610448 or email fundraising@marthatrust.org.uk