The sun shone on Sandwich Prom 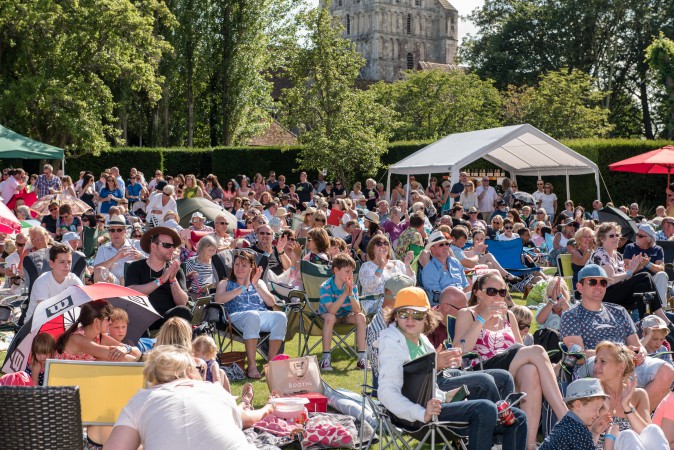 Glorious sunshine greeted guests joining in the fun at the Sandwich Prom held at the magnificent Salutation Gardens.

There was a diverse line up of local musicians, including P & O Ferries Choir, Steve Aiston and the Victory Wartime band amongst others.  Terry Nash also known as Meet Loaf kept the audience entertained in between acts and closed the show with his live tribute act which included a surprise duet sung with Steph & Dom.

The charity auction was run with great skill and humour by Steph & Dom and the crowd showed remarkable generosity bidding on various lots.

The success of the day was also down to our kind sponsors – Discovery Park, A Pearson Growers, Puma Generators and East Kent Plumbing & Heating Solutions.  And not forgetting our army of volunteers who worked tirelessly behind the scenes to ensure that the event ran smoothly.  Special thanks also to Alan Langley of Dover Designs who kindly came along to capture the event on camera.

Everyone’s efforts proved to be very worthwhile, as the event is anticipated to have raised £8,000 towards the work of Martha.