The Sun Shone on Sandwich Prom 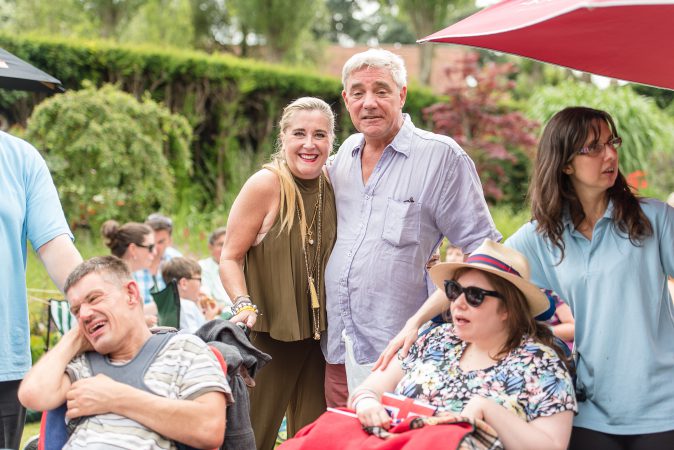 Glorious sunshine greeted guests joining in the fun at the Sandwich Prom, held at the magnificent Salutation Gardens – home to Steph and Dom Parker of Channel 4’s Gogglebox fame.

The audience basked in the sunshine whilst enjoying a diverse line up of local musicians, including Folkestone band Rudy Warman and the Heavyweathers, Sarah and Ian Banks, Hiway, solo singer Paul Messenger, professional guitarist Tom Abrahams Covers singer CJ Jones, 4 piece band Lofty Harris and the P&O ferries workplace choir, stars of the BBC’s ‘Sing While You Work’. The day was broadcast live on Deal Radio so those unable to attend were able to enjoy the music.

There was plenty to keep the children entertained courtesy of Lizzie Chittenden from storytelling, arts and crafts, Bubbles with Maisie, a visit by Snow White and drumming workshops with CJ. Suzanna Make Upps provided Face Painting and Hannah Gunton Twinkle Hair and henna tattoos.

A variety of refreshments were available on the day. Seaside Event Hire supplied slush puppies, toffee apples, Schmoo milkshakes, cup cakes and candy floss. We were also joined by our long term supporter Solleys who bought their vintage ice cream van along. New for 2016 we had a cocktail bar provided by The Old Fashioned Cocktail Co and The Moveable Feast Café providing hot drinks and cakes. All of which were donating a percentage of their profits to Martha.

When it came to the charity auction, run with great skill and humour by Steph and Dom, the crowd showed remarkable generosity, bidding on lots which included a meal for six at The Salutation with Steph and Dom, a signed Manchester United football and a unique dining experience for four donated by Saintly Suppers.

After the event, Dom said ‘We are delighted to be able to support Martha Trust for a sixth year. We are thrilled that so many people have really got behind this fabulous fundraising event for a very deserving local cause.’

Julie Gayler, Director of Operations and Marketing at Martha said “The Martha Prom was a huge success and we are confident that we have raised more money than in previous years. Our Thanks to Steph and Dom for giving up their time and beautiful gardens and to everyone who supported the event.”

Crucial to the success of the event was sponsorship from local organisations Discovery Park, A Pearson Growers, Puma Generators and Trevor Cartner. Not to be forgotten was the help from a band of dedicated volunteers, security men and Rightguard Security who all worked tirelessly behind the scenes to ensure the event ran smoothly as well as Alan Langley of Dover Designs who gave up his time to capture the event on camera. The Co op and Drink Warehouse kindly donated food and drink for free, to keep our team of volunteers going through the day.

Everyone’s efforts proved to be very worthwhile, as the event is anticipated to have raised over £16,000 towards the work of Martha Trust, who support people with profound disabilities in Kent and Sussex.